It has long been a cherished opinion of some of our wisest statesmen that the people of the United States had a higher and more enduring interest in the early settlement and substantial cultivation of the public lands than in the amount of direct revenue to be derived from the sale of them. . . .This policy has received its most signal and beneficent illustration in the recent enactment granting homesteads to actual settlers. Since the 1st day of January last the before-mentioned quantity of 1,456,514 acres of land have been taken up under its provisions.
Abraham Lincoln, December 8, 1863, Lincoln’s Third State of the Union Address.

In addition to the signature of President Abraham Lincoln, the act is signed by Rep. Galusha A. Grow (R-PA), speaker of the House of Representatives and Sen. Solomon Foot (R-VT), president of the Senate, pro tempore.

Lincoln signed the Homestead Act on May 20, 1862. Ten percent of the United States, or 275,000,000 acres of land, were given to settlers under this act. Between 1879 and 1886, more than 100,000 people settled in northern Dakota. To claim 160 acres of free land, a man or woman had to be head of a household and 21 years old. The homesteader had to pay an $18 filing fee and live on the homestead for 5 years. The law required that they build a house, measuring at least 10' x 12', and have at least 10 acres of land under cultivation. Immigrants from foreign lands were required to become U.S. citizens in order to claim land.

The first person to file a homestead claim in northern Dakota was Joseph Rolette, Jr., of Pembina, on June 10, 1868, on Section 4, Township 163-57, in Pembina County. Rolette died in 1871 and never proved up his homestead claim. Nelson E. Nelson of rural Pembina was the first person to secure a homestead patent in northern Dakota. He filed his claim on December 19, 1870, and received his homestead patent, or final ownership certificate on August 1, 1877. 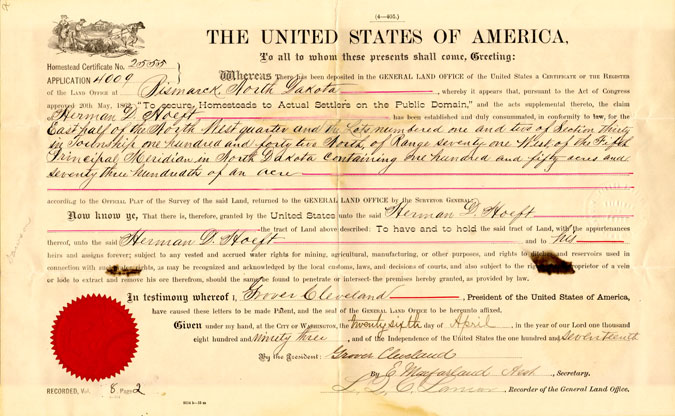 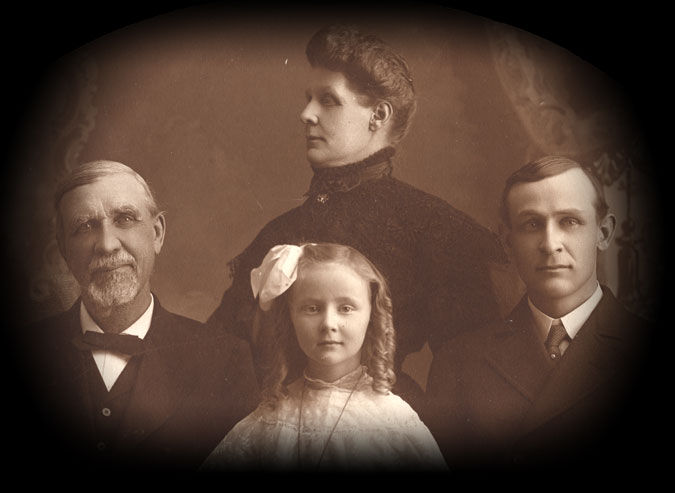